This week we Have benchmarked three Of Gigabytes GPU Cards; The 1060, 1660 and all new 2060 series Cards. As the new 20 series GPU'S have been released we stack it up against The previous 10 series generation to see how much extra performance you are getting for you money.

Each GPU was Benchmarked on our i7 6700 Pc with Tomb raider, Mortal Kombat, F1 2018 and Superposition with Graphics set to Ultra high on each test as a control for the benchmark. Using the prerendered benchmark Each test displayed The average FPS for each scene as shown in our video which yielded impressive results.

With the Gigabyte 1060 GPU being the cheapest Card we re testing and the 2060 Being the Most expensive s our high end Card. Gigabyte's 1660ti GPU Was used as a Solid Middle ground between the Lower and Higher end GPU as to bridge the gap in performance and pricing between the two Cards. 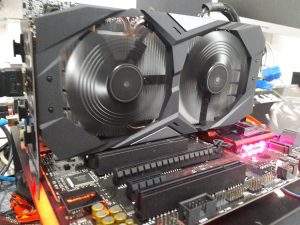 The 1060 GPU Delivers High performance at a lower cost with reliable performances of 1080p 60fps across most games without much noticeable Frame drop or visual quality at Ultra high settings on the latest titles. whilst not the Newest GPU available on the market the 10 series GPU'S are still Supported due to Features such as Raytracing - A feature commonly found on all GeForce 20 series GPU'S. See more. 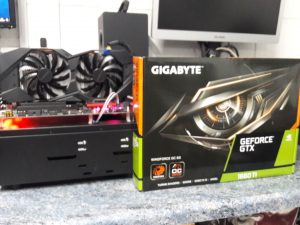 In summary the 1660ti serves as a Perfect middle ground between the Previous 1060 series and the all new 2060 series at a reasonable price. The 1660ti is able to deliver similar performance to the 2060 however at a price closer to the 1060 series. A middle ground between the two High and low end GPU'S the 1660ti offers the best of both worlds; The Powerful precision similar new 20 series while possessing a price similar the 1060 GPU . See more 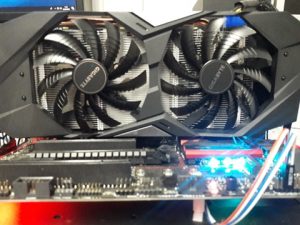 Overall ech GPU has its strengths and weaknesses but deliver powerfull performance for their respective price points. The all new 2060 series GPU effortlessly reaches 60+ FPS in 1080p with capability for 4k resolution. Ray tracing technology to Produce photorealistic Graphics in Video games and 3d renders when benchmarked. The 2060 is No slouch able to perform In ultra settings on All the latest Triple A demanding games such as Battlefield5, Player unknowns battlegrounds, CS:GO, Grand theft auto V; Apex legends, Overwatch and many more. The 2060 Outperforms the 1060 series by delivering higher performance data on Titles where the 1060 begins to struggle to keep up with Fps delivered by the RTX 2060.

Which is for me?

If we were purely testing on which card is the best and which you should buy then the GeForce RTX 2060 as the most powerfull and able to give you the most performance for your money. However we understand Budget and build considerations effect you choice when it comes to choosing a Gpu. The 1060 delivers An average of 60fps and 1080p on most new titles with medium to high settings and reliable 1080p 60 fps on Older titles such as Battlefield 4 and CS:GO At a price suited for First ttime and budget builders alike

Where as the 1660ti Is probably more suited towards an enthusiast who doesnt want to spend the extra money on upgrading to a 2060 or doesnt need the Ultra high performance offered by a 2060 It may be that you are also upgrading from an older 9 or 10 series card to a newer heavy hitter while still remaining on a budget!

View all posts by: Jacob Taylor